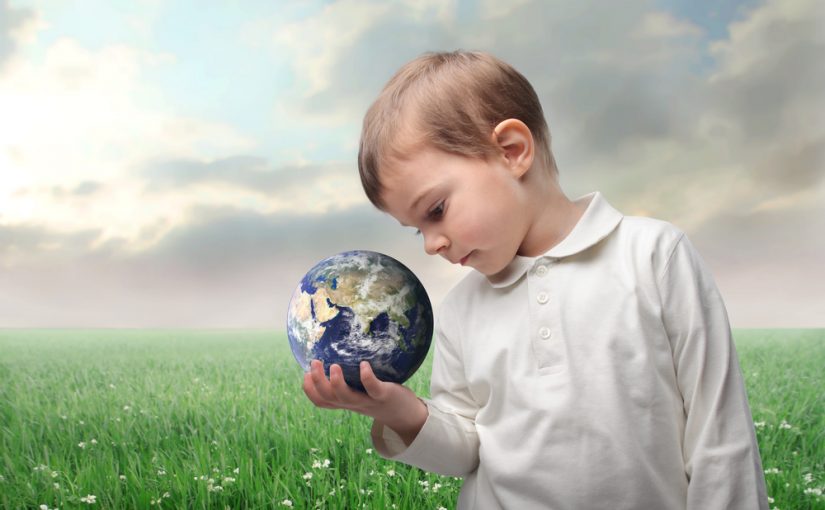 Dr. Hallowell shares his thoughts on the current state of ADHD / ADD, Treatment and Advances, etc. in S3 Mini 6: The Future of ADHD is VAST (SM). This 5 minute episode will have you thinking about ADHD in a whole new way!

Dr. Hallowell and Dr. Ratey coined this new name for ADHD thereby expanding its reach to include millions of people.  LISTEN NOW!

If you live in NYC, these workshops are a great resource. 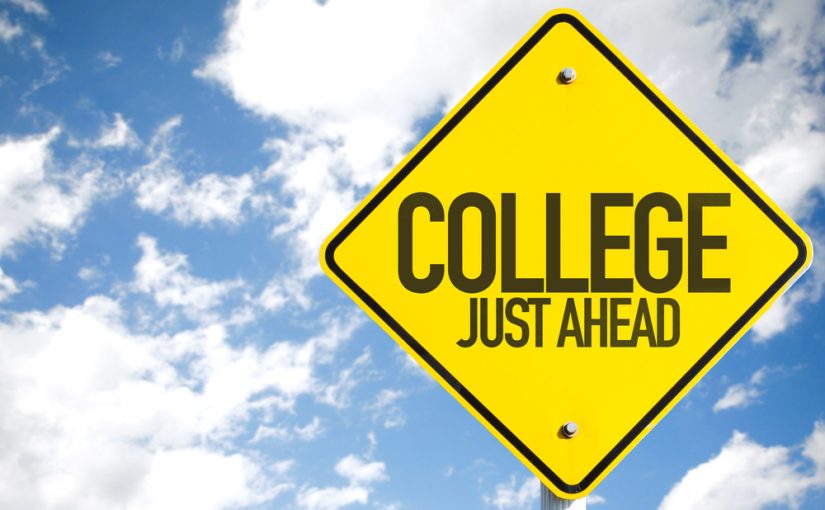 If you don’t have ADHD, it is difficult enough to make the transition from home to a college or university. If you do have ADHD, it is perilous far beyond what most people imagine. If you do not prepare in advance, the changes are good that you will stumble.

In this special Distraction episode on “Why College Can Be Daunting For ADHDers“  sponsored by Landmark College, Jessica McCabe from How to ADHD, shares the problems she faced  with new demands and less support in college.

To avoid the dangers of college, information and preparation make all the difference. First of all, parents and students should know in advance that going from home to college means going from a place of dependence and high supervision to a place of independence and low supervision. It is a jarring, albeit longed-for transition, one that students who have ADHD are particularly ill-equipped to handle. Parents and students ought to prepare for this transition methodically, instead of simply letting the student jump into the college environment literally overnight, hoping he or she can swim.

Dr. Hallowell’s Top 10 Tips for Parents, Children, Teachers and Students of all ages – how to make school rewarding and successful! 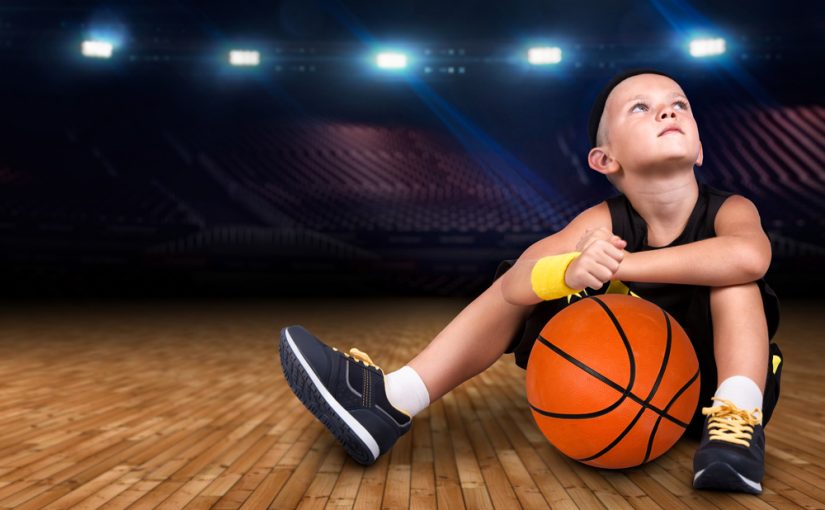 Someone asked me in a lecture I was giving the other day how she should tell her 10-year-old son that his dream of playing in the NBA is unrealistic.  I asked her why she felt she needed to tell him that. She replied that she wanted to protect him from getting disappointed when he realized that that dream could never come true.  I asked her how she knew it could never come true.  “Well, he’s white, for one thing, and he’s short for his age for another, and your average toddler is more coordinated.”

“But would it hurt him to keep believing he might play in the NBA someday?” I asked.  “After all, we allow kids to believe in Santa Claus for a long time.  We even encourage it.”

“But this is starting to seem cruel,” she said.  “I mean when his grandfather asks him what he wants to be when he grows up, and he says a professional basketball player, and his grandfather laughs so hard his glasses fall off before he then asks him to give a serious answer, isn’t it time for me to tell him this dream is just not going to come true?”

“Well, it sounds like Grandpa already did that, didn’t he?  But if he chooses to ignore Grandpa, so what?  Life will teach him soon enough, when he tries out for whatever team he tries out for.  And who knows, maybe he’ll have a growth spurt, maybe he will become more coordinated, and being white doesn’t automatically disqualify him.”

“But you know what I mean,” the mom replied.  “Aren’t we supposed to guide our children toward realistic dreams and protect them from crazy ones?  Isn’t that part of making sure they don’t get hurt?  What if he wanted to date a movie star?  Should I say, Ok son, go for it?”

“Why not?” I said.  “What’s he gonna do?  Send her a fan letter?  If he got a reply, which he might or might not, it would probably be a signed photo that he could put on his wall and admire all year. What’s so good about being realistic?”

“I just don’t want him to get hurt,” the mom replied.  By now the whole lecture hall was listening to our conversation, obviously interested in it, not making noises for me to move on.

This is a question that comes up all the time, not only in children who have ADHD, but in all children, and, if truth be told, in us adults as well.  How long it is healthy to hold onto dreams that aren’t coming true?  By what age should we start to get realistic?

My answer is you should never give up on your dream.  It’s better to go to your grave with an unfulfilled dream than no dream at all.  You can feed off of that dream your whole life long.

But you also need a Plan B. My first dream career was to be a writer.  When I was in high school, I wanted to rank right up there with Dickens, Dostoyevsky, and all the greats.  When I got to college, I realized that making a living as a writer of fiction was sort of like trying to make the  NBA as a 5’6” white guy, so I needed a Plan B.  I decided being a doctor would be a good way to make a living, that would also allow me to write as well.  And that’s exactly what I’ve done.

I encourage people of all ages to hold onto dreams no matter how unrealistic.  I will die hoping to write a great novel.  Maybe I will actually do it, but on the way I’ve written some wonderful books that have helped lots of people, so my dream has served me and the world quite well.  Which is exactly what dreams are supposed to do, don’t you think? 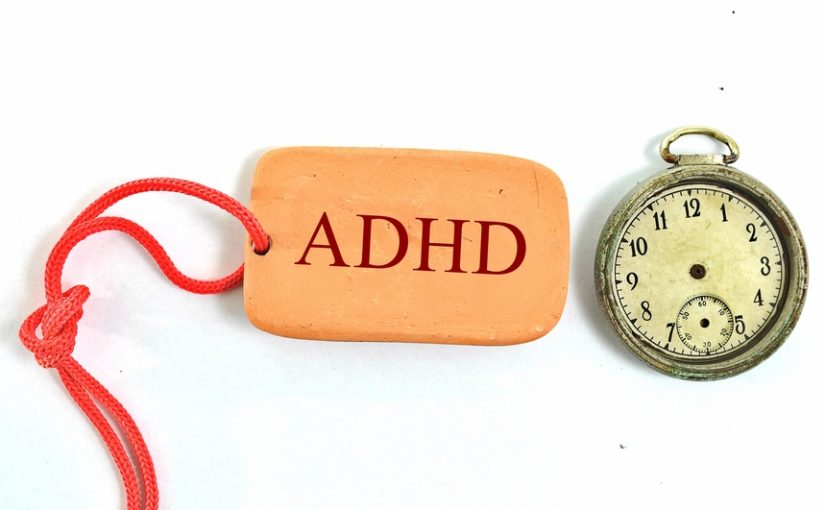 Time Management. We are all too familiar with this the term. If you are suffering with this issue just recently or if it has been an issue for years, I am going to ask you to look at time through a new lens. We all have the same amount of time per day in our “time bank account. Twenty-four hours every day. Simple. What are some of the common “time overdraft” traits that are encountered?

Hyperfocus. Although this can be a very positive trait of ADHD with the increased ability to focus and get entrenched in work, hyper focusing can also act as a “time thief.” Those who hyperfocus rarely come up for air, lose track of time and ultimately miss other commitments or responsibilities. When you have established those tasks that will lead to a “hyper focusing hijacking of time,” set the timer on your smartphone so to establish a “time boundary.” This “time boundary” will allow for a much-needed break or transition to another obligation or commitment.

Blurry Schedules “Well, I’ll get to it later. “This should only take me 10 minutes.” “The drive isn’t that long in rush hour traffic.” First, we have to look at time and appreciate how long tasks actually take to be completed. Take account of where your time is being spent each day. Tracking one typical work day and one “off” day is usually enough to see a pattern. Not only will this bring an increased awareness of where time is being spent, but it will also allow clarity on the length of time each task actually takes each day. I once coached a busy mom of three children who came to me in exasperation regarding her schedule and time management issues. We did an exercise where I asked her to record frequent tasks and estimate how long she thought they took. Since there were five people in her household she reported that grocery shopping was an all too frequent activity and reported to me it took about 30 minutes. In fact, when she completed this exercise and actually accounted for the time, grocery shopping on average took 90 minutes!

Over a period of about three months, my client was armed with a new ability to be proactive and an increased empowerment over her sense of time. She reported feeling less frustrated and an overall reduction of stress.

The coaching process allows for a gradual change in habits with frequent check-ins, encouragement and strategies designed specifically for those with ADHD. I have also established a “coaching on demand” program to accommodate busy entrepreneurs, executives or anyone that would like more frequent communication than the traditional one hour appointment. Just another option to achieve a “balanced” time bank account with improved productivity while accommodating your busy lifestyle.