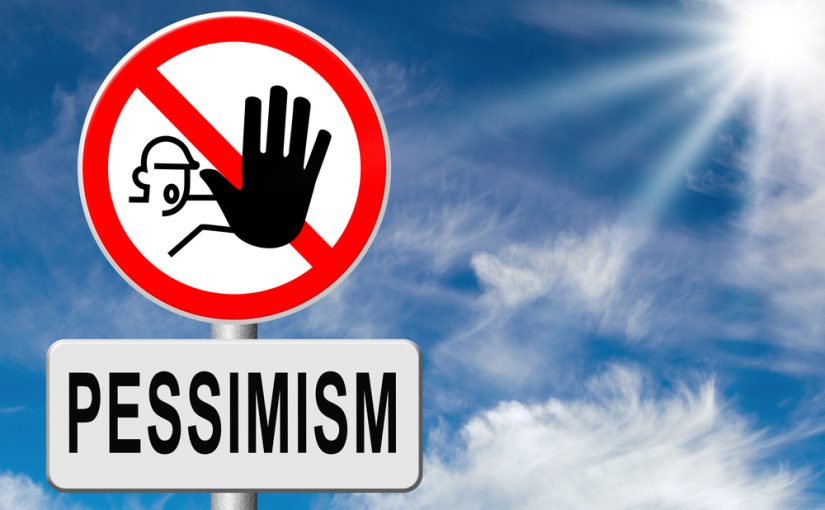 Pessimism and negative thinking create a roadblock that conscious intent can actually dislodge like a battering ram if properly aimed. Likewise, pessimism and negativity—which may be boulder-sized due to years of failure and frustration—block your growth at every turn. If every time you have a new idea or go to meet a new person or begin to play a game you feel, “Why bother? This won’t work out well,” you constantly reduce the chances that anything will work out well.

One remedy for pessimism is to achieve some successes, but in order to gain those successes you may need to overcome your pessimism. Sounds like a Catch-22, doesn’t it? But there is a way out of the Catch-22. You can control what you think, to a certain degree.  You need to work on dismantling your pessimism. That does not mean you should become a foolish, empty-headed Pollyanna. However, it does mean you should escape the embrace of Cassandra, the doomsayer inside of you.

How to Break Down Negative Thinking

Controlling what you think is the domain of what is currently called cognitive therapy. Aaron Beck, and his student David Burns, have written superb, practical manuals on how to break the shackles of negative thinking. Also, Martin Seligman describes a method for achieving optimism in his book, Learned Optimism.

My favorite book on this topic for the ADHD audience is The Art of Living, by the Roman philosopher Epictetus, as translated and put into a modern idiom by Sharon Lebell. One reason I like to recommend it to people who have Attention Deficit Hyperactivity Disorder (ADHD) is that it is short—under 100 pages. Another reason is that it has stood the test of time, and then some. Epictetus lived over 2000 years ago. He is the true father of cognitive therapy. His basic, guiding principle is that a person should determine what he can control and what he can’t. Then work on what he can control—similar to the serenity prayer used in Alcoholics Anonymous.

Controlling What You Can

One element of life we can control, at least somewhat, is how we think. Epictetus began his life as a slave. Ordered around every day, poorly fed, beaten, and abused as a slave, he evolved a way of thinking that refused to intensify his suffering by adding to it with wretched thoughts. He was so persuasive in teaching others his methods that he was released from slavery and became renowned as a great philosopher. His words were written down by his students and compiled into one of the first and best “self-help” books ever, a book that was so useful in dealing with difficult situations that Roman soldiers often carried copies of it as they marched off into battle.

It worked for Roman soldiers, and it can work today. I highly recommend this slim volume if you suffer from excessive pessimism or persistently negative thinking.