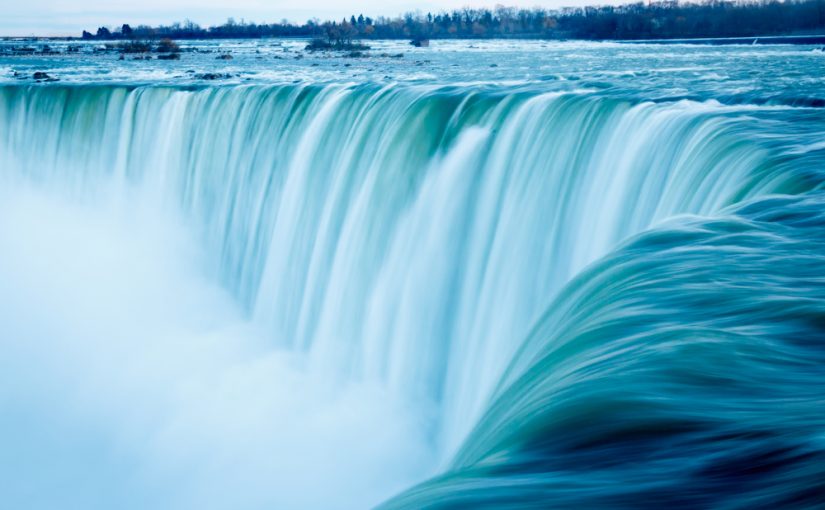 HOW TO AVOID THE S.P.I.N. CYCLE OF ADHD: I often compare the ADHD mind to Niagara Falls, both wonders of gargantuan movement and energy.  The trick to making use of the energy in Niagara Falls, and to doing well in life with Attention Deficit Hyperactivity Disorder (ADHD,) is building a hydroelectric plant.  You need to hook the energy up to some contraption that can turn it into a useful product.

Whoever makes your diagnosis could say to you what might have been said to someone who lived next to Niagara Falls all her life but never understood how to deal best with a waterfall.  “This waterfall is an insurmountable obstacle if your goal is to paddle.  But, if you will change your plan, I can show you how you can turn this waterfall into something wonderful.  This waterfall can generate enough energy to light up millions of homes.  People will pay you for all that electricity.  You just need to throw away your paddle and build a hydroelectric plant.”

When treatment begins, you are on your way to building that plant.

Treating ADHD may seem as difficult as building a hydroelectric plant—but it can be just as successful.  You need to know some of the major pitfalls.

After an initial burst of improvement at the beginning of treatment of ADHD, there is usually a leveling off.  This may be followed by long, frustrating periods during which the person with ADHD—or the entire family—feels stuck. It’s as if they are simply spinning their wheels instead of making the kind of progress they should be making.  S.P.I.N. happens in people of all ages, but it is especially a problem in older adolescents and adults.  With children, the natural forces of development, coupled with the influence of parents and school, usually prevail and the child progresses.

However, when the diagnosis is not made until late adolescence or adulthood, prolonged periods of going nowhere can stultify treatment.  As one woman wrote to me, “I know you know this already, but there are some people who stubbornly resist help, who are caught in patterns too deeply rooted in the subconscious to be freed from.  Sometimes I wonder if I am one of those.  So don’t bet your money on this horse.  Remember, you can’t save everyone, kid.” I refer to these periods of being stuck “spinning,” based on an acronym, S.P.I.N.

The term sums up the usual causes of getting stuck:

Getting unstuck often depends on reversing the influence of some or all of the components of S.P.I.N.  You can do this with a therapist, a coach, a spouse, a support group, a friend, a pastor, a relative, or all of the above.

Check back tomorrow for suggestions on how to handle the SHAME associated with ADHD.

If you think you may have ADHD, learn about getting a diagnosis here.

Watch Dr. Hallowell’s YouTube video on The Negative and Positive Traits of ADHD